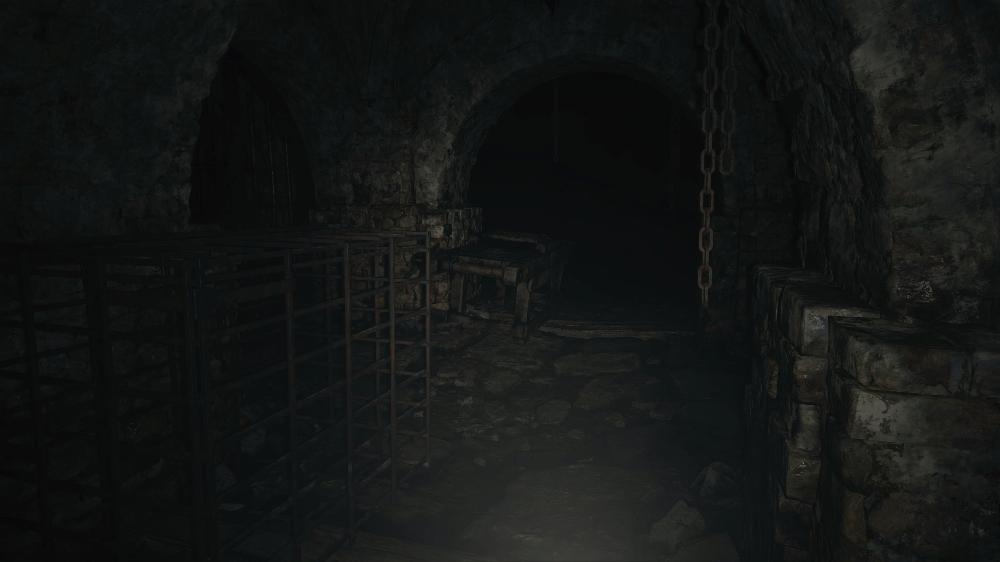 Horror, gaming and looking round that corner

Horror is among my favourite genres in all of fiction. I believe the genre is almost limitless in terms of potential narratives and can encapsulate a lot of what affects us in the real world. When a story manages to combine your own genuine fears and anxieties with a grounded plot (that not only could happen to you but perhaps has happened already), then I believe that is easily the most unnerving story there is. A prime example is the film ‘Hereditary’ and how the film handles grief. If you do not want any spoilers for the film, then skip to the next paragraph. Not too long into the plot, the brother desperately drives his little sister to the hospital shortly after she falls into anaphylactic shock. As she leans out the window for air, a dear leaps into the road, resulting in the brother swerving to one side. The sister is struck by a telephone pole and abruptly killed. What transpires after this gives me goosebumps to this day. In a state of shock, the brother drives home with his sister’s body in the back seat. He arrives home, calmly walks into his home and lies in bed for the rest of the night. The following day the mother discovers her daughter in the back seat, and her screams pierce through you. Toni Collette plays the mother here, and her acting is sheer perfection. Over the next minute, the screams that echo throughout the house and the cries in pain feel so very real. I was stunned in the theatre simply due to it being horror in its most real form.

Not all horror is as poignant, of course. A fair percentage consists of the same old tropes we all know too well. Generic killer pursues horny teenagers, 147th zombie outbreak, a young couple buy a CLEARLY haunted house because the price was slashed by 70%... due to the previous residents being slashed to a similar percentage. These bulk up the genre by a substantial amount, and I will admit to enjoying my fair share of them. But when horror becomes smart and relatable, it then is able to unsettle or indeed terrify even the most hardened fan. And this is where I think video games hit the frightening sweet spot. 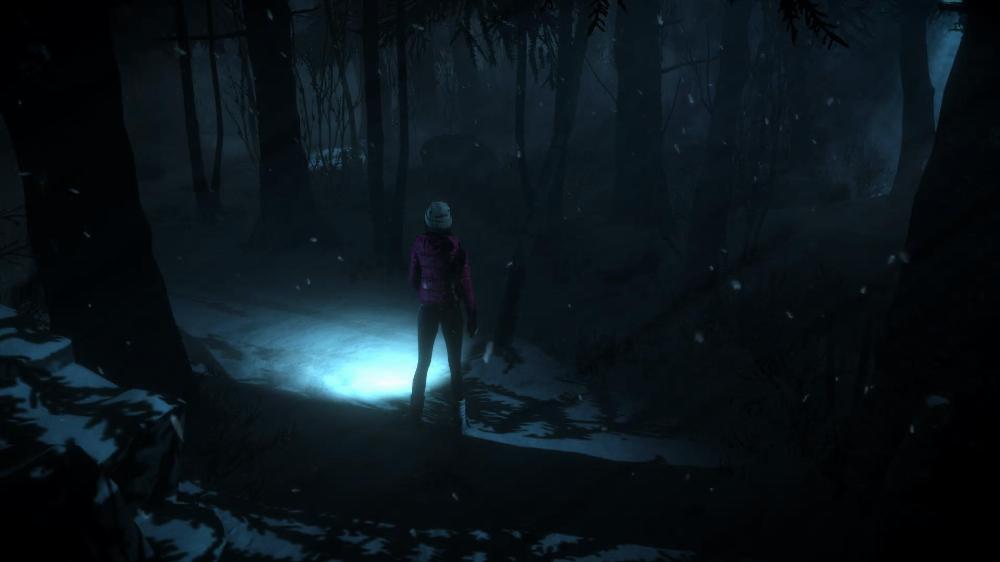 Image from 'Until Dawn'

Film acts as a rollercoaster in which you are along for the ride. You can leave, but it will keep going regardless. If the lead character is going to look round that corner with the swinging lamp, then you’re going with them. A book is very much the same, although one’s imagination can heighten their fear even more while reading. A video game has one small but distinct difference here, and that is you must look round the corner yourself. So, if that lamp violently swings while a woman’s crying becomes louder as you near the corner of that hallway, you decide to peek yourself around. I feel this alone is enough to make horror the most dreaded it can be while in video game form.

I have experienced many titles over the years that fall into the heart-pounding, spine-chilling category. And, thanks to Youtube, I assume many others have witnessed someone record themselves screaming as they tiptoe through yet another ‘scary game’. It is fair to say that the genre is oversaturated at this point, and many efforts fall by the wayside. A lot even fail to be somewhat frightening as they just go for jump-scares over sheer unadulterated horror (I personally hate jump-scares for the most part other than a select few, think Exorcist 3 hospital scene or Leatherfaces’ first appearance in the original film). But some entries into the video game space have blown me away in how they have handled every aspect of fear. One of the most fear-inducing games I have played is PT (playable teaser), released back in 2014. It was a demo for what was going to become Silent Hills, but it didn’t come to be due to the behind-the-scenes turmoil at Konami. But if the demo was any indication of what to expect, then it was shaping up to be an incredibly nightmarish experience. 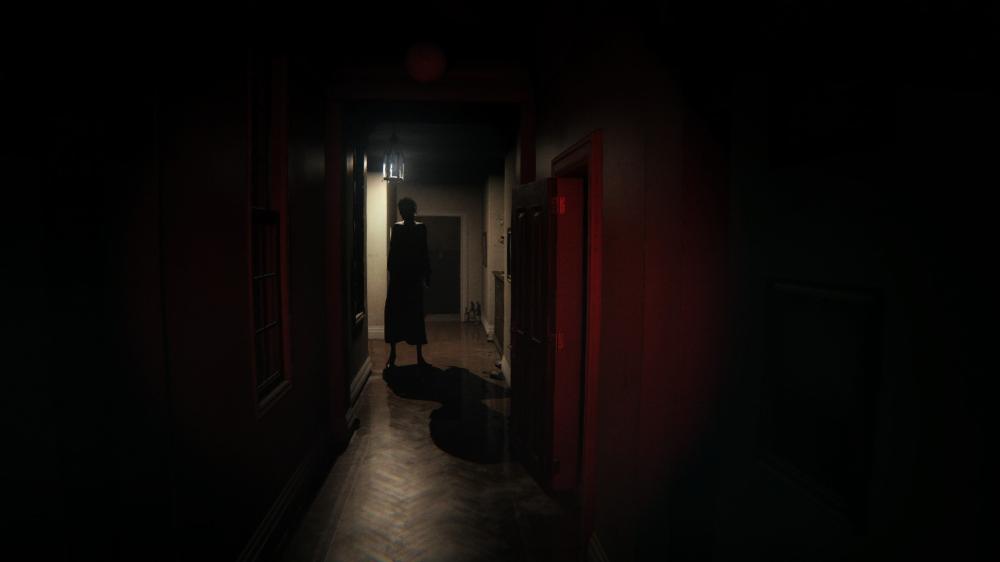 The above image is part of the nightmare you loop through in PT. It is played in a first-person perspective and sees an unknown protagonist venture down the same L-shaped corridor again, and again, and again. At first, the hallway is normal, albeit lacking light in some corners, and the fact it’s dark and raining outside being inherently scary. Your first walkthrough is like going to the fridge for a midnight snack; nothing is there apart from what you imagine might be in the shadows. The décor and small details consist of a few hanging pictures, draw units, lamps, landline phone, radio, plants, and mess on the floor. As you go round the corner, there is an upper section overlooking part of the hallway, with it just being bannisters and darkness behind them (you cannot go up there, but rather look up to see what may be watching). Nothing is abnormal. However, when you go through the door at the end, you re-enter the first door you came through. Immediately this unnerves you, not only because now you’re in a loop, but you never know what will be there when you start the cycle again. Not much changes the second time around. It’s not until you zoom in on the right photo or complete a seemingly insignificant, cryptic task that the corridor begins to change.

Now my example earlier of the player having to turn the corner was inspired by this game. Every time you must turn the corner at the end of the corridor, and what awaits you each time becomes increasingly more gruesome and horrific. This could be a door now suddenly open or even creaking open as you walk past. A broadcast can be heard from the radio, detailing a grisly murder. Sometimes the broadcaster will interrupt the script to say some of the infamous lines, such as ‘I said look behind you or ‘Don’t touch that dial now, we’re just getting started. And, what you saw in the picture above is Lisa. She will be a reoccurring presence that haunts your repeated trips down that corridor. Her first appearance is just around the corner, stood beneath the chandelier. Her second encounter will vary for each player. Perhaps she is up on the balcony, looking down on you, maybe outside the window that is straight ahead as you come back through the door. Or, and this makes for one of only two jump scares you’ll face, she will be right behind the player to then burst into view as she seemingly tears your protagonist apart. The only way you will discover who she is and what exactly is unfolding before your traumatized eyes is if you choose to turn that corner. I adore PT and part of the reason why is due to how much it got under my skin.

Plotlines to video games we often can’t relate to for a good reason. Have I entered a mansion that is home to flesh-eating monsters a la Resident Evil? Did I ever brave an overrun psychiatric hospital with nothing but a camera like Outlast? Obviously not, although a tiny part of me would be curious. So, when I play through these stories, I cannot relate to the narrative, but rather I am almost acting as if I was actually there. I am dreading opening that door with blood seeping through the crack at the bottom. I do have my guard up and ready to pull the trigger. I do hesitate to turn around when a voice whispers in my ear (a solid pair of headphones elevates the fear dramatically, especially when a voice literally whispers in your ear). I am not there, but with how immersive some experiences can be, it almost feels like I am. Try these games with a VR headset at your own peril and plenty of space between you and your treasured, fragile possessions. 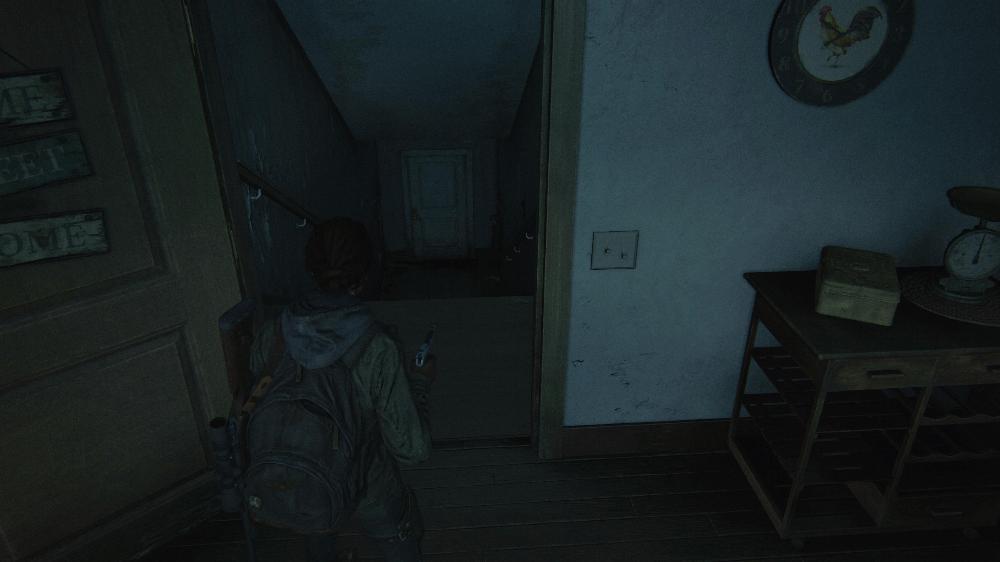 Image from 'The Last Of Us part 2'

On the other hand, there are a few video game plots that have tangible elements to them. The Last Of Us part 2 has one of the cruellest and most brutal deaths in recent memory regarding gaming. I will certainly be talking more about the sequel in the future. But I feel it’s worth mentioning here that particular death shocked players everywhere. It was not a heroic standoff, nor was it peaceful or even uplifting in the message it leaves with the player. Instead, one of the main characters is beaten to death with a golf club after having their lower leg shredded by a shotgun. It was unapologetic and horrifying in a way that teeters on being believable in the most stomach-turning way. One of the more interesting and clever plotlines can be found within Among the Sleep. In this game, you are put in the tiny shoes of a toddler who crawls around their house with no comfort other than a teddy bear. For perspective, the player is tasked with pulling chairs up to doors so that you can reach the handle. A mechanic in the game is where in complete darkness; you can hold the teddy tightly, and it will light up a little area around you. Not only does this act as a clever mechanic that makes sense for the story, but it resembles what we all want in times of fear, comfort. We seek that when we’re adults, and we sought that when we were toddlers ourselves. The main antagonist of the game comes in two forms. One is a tall, gaunt, shadowy figure known as Hyda. The other is Zoey a.k.a the toddler’s mother. Over the course of the game it is revealed that the mother has a drinking problem and seeks to abuse the child; hence the child was seeing Zoey (the mother who is happy, wearing bright clothing and seemingly well) as Hyda. We see the disturbing antagonist the way a two-year-old would see them. It was an ingenious concept for a game that put me in a perspective I am thankfully not familiar with.

Image from 'Among the Sleep'

While horror is a genre that some may not care for, there is no denying it has some fascinating stories to tell that has transfixed people for centuries. The ‘boogeyman’ is something we have all heard about in one form or another. Whether it’s the monster under your bed, the stranger in the street or the news you hear about over the radio. We all know a story that has the potential to scare those around us. And for the majority of them, they are nothing more than stories designed to send a chill down our spine. But when a game can do that and deliver a plot that has correlations to what we really fear while making me press on despite this… it has indeed achieved something exceptional. Resident Evil 8 (image at the top of the page) is releasing next month, throwing us back into the world that helped create survival horror as we know it, so of course I am looking forward to that. And as for the corner I have spoken a lot about, I am going to continue to look around it to see what awaits me.