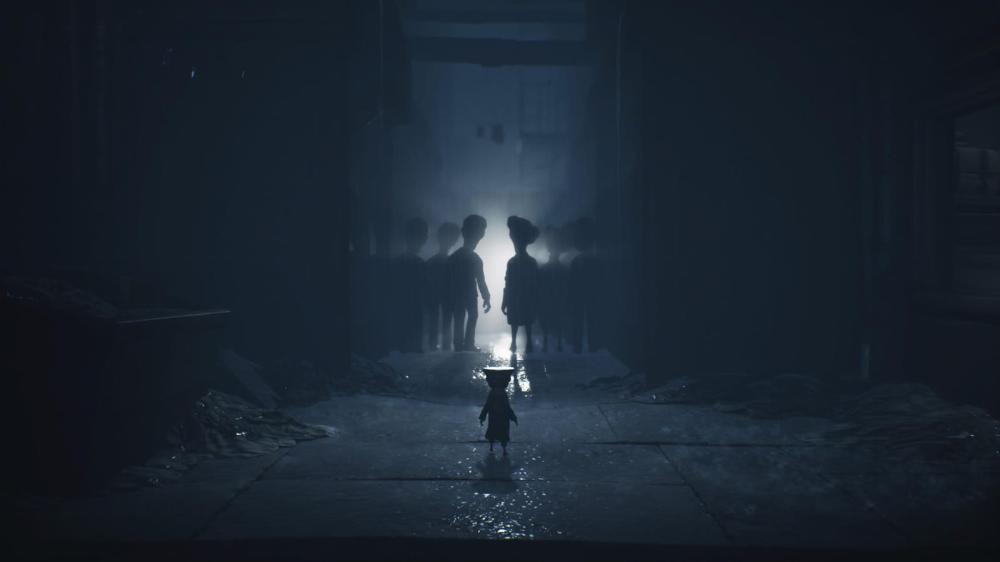 Little Nightmares 2 is the sequel to 2017’s Little Nightmares, both being developed by Tarsier Studios and published by Bandai Namco. I picked up the original Little Nightmares at release, having been interested in Tarsier’s new IP from the first trailer. The art-style and design immediately mesmerised me. The protagonist, Six, being essentially a doll within this labyrinth that was the Maw, captured my child-like sense of wonder and intrigue. Ever since playing Toy Story two on the PlayStation 1, something about the furniture/appliances/décor being abnormally large compared to the playable character, I find incredibly entertaining to play within. Little Nightmares was a wonderfully haunting experience that I have played through several times. It had faults with some depth of field issues that made platforming a little frustrating and trial and error gameplay that could appear unfair. But. I loved it nonetheless.

Little Nightmares 2 expands on its predecessor’s world and characters, taking us away from the Maw and dropped into the wilderness. Mono is our new playable character who awakes next to a television set in the middle of an ominous forest. With a paper bag over his head and a scurry in his step, Mono must scale the behemoth of a world in front of him. It is not long before he meets a familiar face (later revealed to be Six, the lead character from the original) and team up against foe’s who tower over them, much like everything else in the game. This spans across five chapters, taking you through several areas such as the Pale city that contains the populated school of ‘children’, a hospital that is home to several jittery mannequins and of course, the city itself, whose residents are aggressively obsessed with what is in their television screens. The world of Little Nightmares 2 is just as unsettling as the first, dropping you into environments that hold insidious backstories which are never blatantly explained to the player. 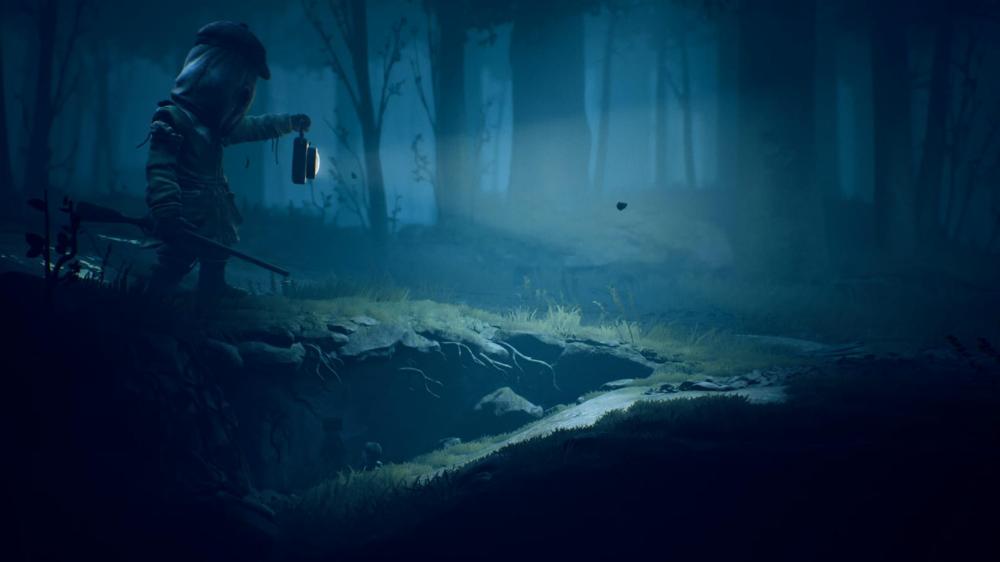 Just like the first game, Unreal Engine 4 is used again to create the sinister world that Mono inhabits. Frequently the game will alter its camera to create a shot that displays what is nothing short of a work of art. I felt compelled to snap over twenty pictures throughout my playtime, with some of them being featured here. The art-style and graphical power is practically identical to the original, although I would say that the sequel is darker overall, in terms of aesthetic and tone. I would be remised if I did not mention that I didn’t encounter any graphical bugs across both of my play-throughs. Every scene, every location amplified the game's atmosphere without visual hiccups breaking my immersion. If you have played the original, then you know what to expect, and if you haven’t, then I would strongly recommend you do. Not only will it add to the lore and story, but also reinforce just how nightmarish the world really is.

With it only taking me about five hours to complete on my first run-through, the game is around the same length of the first, if not a little longer. After a second run through to find the remaining collectables and snag a few missed trophies, my overall playtime amounted to just over eight hours. The comparison between the two, I would say, is the same for every other aspect of the game, small improvements have been made. For example, keys are back for Mono to seek out in order to progress further. Unlike Six in the first game, Mono will now place the key in his pocket and then will automatically take it out when you approach the lock. Instead of having to pick it up and then drop it, pick it up, carry it twenty feet to then throw it and pick it up again as you do in the original. Surely the most welcome adjustment is the playable character will now lock onto narrow beams when balancing across them. A particularly irritating issue with the original was the fact that when the camera pans out to give the player a cinematic angle, the player would need to navigate Six across a two-foot-wide pipe. While indeed it made for a great visual that gave the player a better sense of perspective, it would easily lead to a cheap death as you couldn’t quite tell how close to the edge of the pipe you were. When the camera pulls away in the sequel, you can be rest assured that Mono will remain on the narrow beam like his life depends on it (Six clearly being a more literal example of ‘living life on the edge’). Arguably the biggest improvement is the inevitable chase sections. They were already heart-poundingly fantastic in the first game, but here they seemed to have tweaked them somehow to make them even better. From the first chase against a trigger-happy hunter, I could tell those segments were going to stand out as some of the best moments. Easily the most nail-biting moment was the part I was chased through a vent by what I would describe as ‘if Elastagirl gave up on fighting crime and took inspiration from Miss Trunchbull’ (hope you get the reference). The only aspect of the game that I did not enjoy was the combat. Mono will occasionally have to defend himself against two different types of enemy. There are only a handful of these encounters in the game, so thankfully its doesn’t take up too much time. Basically, the enemies will come at you in small numbers, and each one will lunge at Mono separately, with the others waiting patiently for their turn. In order to defend yourself, you will need to use a weapon like a pipe or hammer (that are conveniently left nearby) to hit the enemies with. These weapons are oversized to Mono though, of course, meaning that the long wind-up time to swing, along with the enemy lunge, will often lead to you either swinging too late or too early. Admittedly the enemy will telegraph their attack, but even then, the timing can be off. It is important to emphasise that this is my only issue with the game. I didn’t find the game too taxing with regards to trial-and-error gameplay. I understand it frustrating some, and I’d be hard-pressed to argue it isn’t that. Just ensure you watch out for what Six is doing, and together you will be relatively unscathed.

As with most games that dip their digital toes into the horror genre, many will task you with going through it alone. Little Nightmares 2 is not the most terrifying or stressful game by any means. Atmospherically, the game will frequently leave you in areas that create a sense of dread. This is why the inclusion of an AI companion for a lot of the game is a welcome addition. Only in the DLC for the original did you have AI aiding you in your journey. In this game, Six is essential to your survival. Together, both Mono and Six will tackle each hurdle by either fleeing to a haven or dispatching their pursuers with a more lethal solution. Every living thing (or technically living at least) will immediately pursue you should their attention accidently be caught by Mono. Making your bond with Six the one reassuring exception. I very much enjoyed the companionship between the two of them. It also gives more context to Six as a character, all be it in a subtle way. She has already become accustom to the perilous world that surrounds her and, from what I could gather, seems almost desensitised to much of the horror she witnessed.

Subtlety is a key component of the game in terms of how it tells it’s story and how music is used to add to it as well. Much of the story is told through what you see as you delve deeper into it. From the markings on the walls and floors to the remnants of what used to be bustling street. Tiny, seemingly insignificant details are scattered through the world with them all, adding to the story like puzzle pieces that fit your interpretation as to what is unfolding in front of you. While I’m sure there is a definitive story, I think it’s purposefully ambiguous so each player can fit the pieces how they see it. Like any good game, the music is also key to encapsulating the player. Some tracks being subtle and slowly building up as the imminent threat is just behind you, whereas others create a sense of safety for a brief moment before that all comes crashing down. It all culminates in creating an experience in which you never feel truly safe, but rather a feeling of being watched regardless of where you find yourself.

Little Nightmares 2 is the sequel that does what it needs to. It doesn’t go overboard with new mechanics or ideas, nor does it change much in general. It builds on the first game with small but very welcome changes. There are still questions to be answered around its story, but perhaps the answers being ambiguous to each player is the intention. At around £25-£30, I would say it might be best to wait until it drops in price, given it is a short experience. Other than the combat, I can honestly say I very much enjoyed my time with the game, and if that is the end of the series (although I doubt that), then it has been a superb little adventure.